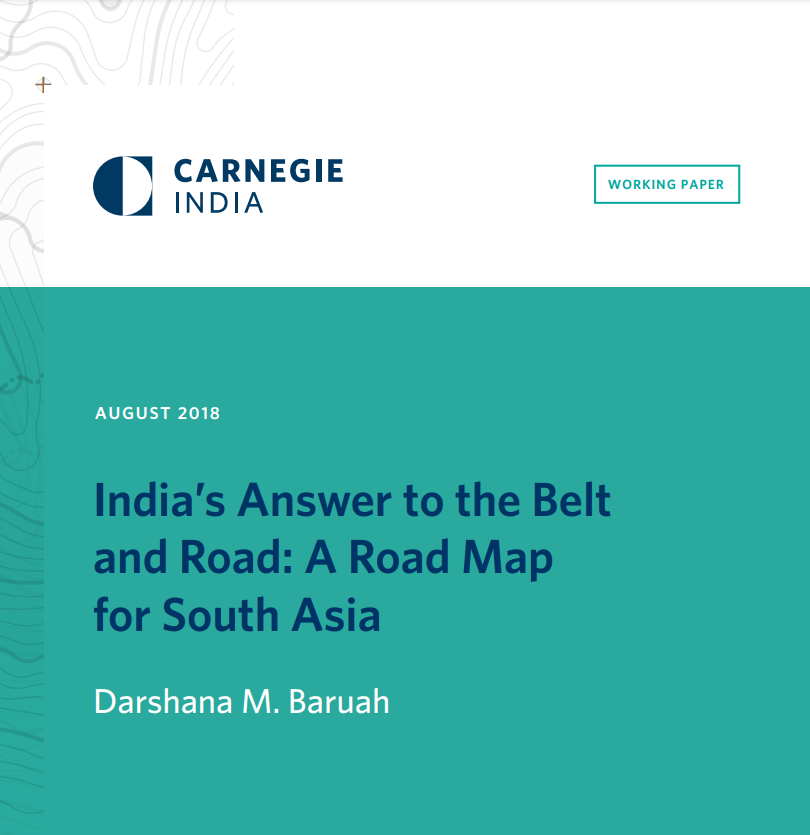 Asia has a massive and growing need for infrastructure. There is tremendous potential for cross-border cooperation on connectivity and infrastructure development. The Asian Development Bank estimates that between 2016 and 2030 developing countries in the region will need to spend $1.7 trillion per year to build the infrastructure required to “maintain its growth momentum, eradicate poverty, and respond to climate change.” Japan and the United States have been among the primary donors for development projects in Asia since World War II, although other countries such as Germany and the United Kingdom (UK) have played a greater role in recent years as well. Beijing’s growing collaboration with India’s neighbors has created a sense of unease in New Delhi. India has begun to view China’s commercial initiatives as a means to advance its strategic ambitions in ways that often are not conducive to India’s interests and has started to craft a policy response. To best understand India’s concerns, it is helpful to examine four specific corridors that constitute major components of the BRI and run through India’s South Asian neighborhood: the CPEC, the BCIM Economic Corridor, the Trans-Himalayan Economic Corridor, and the MSR. India will have to work with its partners in the region to offer alternative connectivity arrangements to its neighbors.