IUKDPF’s Research Consultant, Supriya Roychoudhury, interviews Lucy Scott and Dr. David Harris (both University of Bradford), and Dr. Simona Vittorini (School of African and Oriental Studies, London), to discuss the latest findings of their research project, ‘India in West Africa’, supported by the IUKDPF. The project aims to explore India’s rapidly growing and evolving presence in West Africa over the last 15 years, working in three Anglophone and Francophone, small and medium, West African states – Ghana, Senegal, and The Gambia. 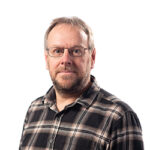 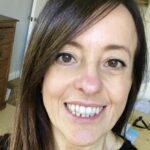 SR: What have been the major highlights of India’s engagement in West Africa over the past fifteen years or so?

There has been a huge increase in Indian presence in Africa, and indeed particularly in West Africa, since the mid-2000s. We have been investigating how large the Indian presence and influence have become and where the specific successes and challenges lie during this last decade. It is a testament to the interweaving of Indian national interests and ‘development cooperation’ that Lines of Credit (LoCs), Buyer’s Credit, grants, donations, and training are all more or less mentioned in the same breath by the Indian and West African states and the various commentators. Moreover, the number of projects delivered with Indian government finance across West Africa shows that there is a capacity in Indian diplomacy and companies, whether this is counted as ‘development cooperation’ or not. Small-scale donations have been made across the ten years, and include items from rice to television cameras to the cultural preservation of the Timbuktu World Heritage Site. At the end of February 2021, Ghana became the first country in Africa to receive Covid vaccines through the WHO COVAX system, crucially produced by the Serum Institute of India (SII) and delivered free of charge by India. And of course, closely related to many of these initiatives, there is a sizeable Indian business presence, including some of the largest Indian companies, such as Airtel, TATA, Mahindra, Ashok Leyland, and oil firms.

SR: What kinds of financing instruments are currently available to Indian companies looking to enter the West African market?

The Indian EXIM Bank’s Lines of Credit or, increasingly, Buyer’s Credits which avoid the more stringent regulation reforms of LoCs adopted in 2015, have had the largest impact to date. All West African states, with the exception of Cape Verde and Guinea Bissau, have had LoCs extended to them in the last ten years. For instance, a total of US$300million has been placed on the table in Senegal. Many LoCs and Buyer’s Credits have been activated across a very wide range of projects from electrification to farming, health, factories, supply of vehicles, and, particularly since the establishment of the India-initiated International Solar Alliance in 2018, for solar power projects. Significantly completed, or nearly completed, projects include the Tema-Mpakadan Railway and the Presidential Palace in Ghana, a Tractor Assembly Plant in Benin, the National Assembly building in The Gambia, and the Mahatma Gandhi IT Biotechnology Park in Côte d’Ivoire. The Indian firm, Shapoorji Pallonji, has been involved in most of these large projects and has seen a rapid expansion into West Africa, showing that Indian state loans to African countries are also significantly bolstering the Indian private sector.

SR: How has the economic partnership influenced diplomatic and cultural relations between India and West Africa?

Two Indian Presidents have made state visits to five West African countries, and Indian Vice Presidents have visited a further three countries. Of the 18 new Indian diplomatic missions in Africa promised in 2015, eight were earmarked for West African countries, the majority of which have already opened. In turn, most West African countries sent their presidents to the Third India-Africa Forum Summit in India in 2015. State visits from Liberia and Mali included an explicit expression of support for India’s bid for a permanent seat in the UN Security Council. India has taken part in two peacekeeping operations in West Africa in the 2010s, in Liberia and Côte d’Ivoire. In Liberia, an Indian female police unit became a trendsetter across the globe, and an Indian became the acting UN Police Commissioner.

India’s soft power is exemplified by Bollywood’s popularity across West Africa as well as, at a much lower but growing level, the celebration of Yoga Days. ITEC scholarships in India are popular in the region. Training is part and parcel of LOC-funded projects. Very interesting is the planned construction of the Mahatma Gandhi International Convention Centres. The first in Niamey, Niger, was opened in 2020 and inaugurated in January 2021. There are four more purportedly in the pipeline in West Africa: in Togo, Burkina Faso, The Gambia, and Liberia. The Niger Gandhi Centre is a striking building and was used to host the AU Summit and the convening of the Organisation of Islamic Cooperation in 2020. The 150th birth anniversary of Gandhi in 2019 was celebrated in various ways in West Africa, from exhibitions to free medical camps. Of course, it hasn’t all been plain sailing, as we’ll discuss shortly.

Given the number of loans that have been extended and operationalised, the generally favourable opinion of certain West African government ministers, and the relative absence of criticism in the media, it would appear that the Indian state, as well as Indian companies in all their manifestations, are indeed welcome.

SR: How has the partnership been impacted by wider operational, economic or political challenges and/or tensions, and what action has been taken to address these?

There are problems with LoCs, as many projects are still languishing on the shelf, despite the gap in Indian disbursement shrinking from 40% in the pre-2015 payouts of LoCs to just under 20% at present. Severe delays in fund disbursement and project execution have emerged, some of which are due to cumbersome bureaucratic processes, but problems have also arisen from bad policy and plan design. The Komenda Sugar Factory and plantation in Ghana, for example, has been mired in controversy since its inception in 2014. It has so far failed to operate, despite interventions from the Ghanaian government and new Indian owners. The sugar cane requirements have been estimated as wildly beyond the agricultural potential of the area. Similarly, a tomato processing plant in Burkina Faso which had been agreed in 2009, was still not operational by 2020, when the Minster of Commerce was appointed to oversee its ‘re-ouverture’. An MOU was signed in 2010 in Ghana to fund a Fertilizer Project to produce gas-based urea – yet this project too has made no progress, mainly as it was unable to acquire gas supplies. Design and training have also come under criticism in completed projects, for instance in the problematic maintenance of the National Assembly in The Gambia.

Privately operating Indian companies have also come under scrutiny. While Angelique International is now a leading firm in West Africa, it had no prior presence in the region, nor the broad sectoral specialism needed to deliver the wide range of projects it promised. Across Africa, firms have been suspected of evading taxes, violating local environmental regulations, land-grabbing, and displacing local populations. In 2016, Angelique was accused by the World Bank of fraudulent and corrupt practices. In the following year, India’s Enforcement Directorate registered a case against the company, accusing it of misusing the LoC facility.

The post-2015 reforms regarding the rules governing India’s LoCs, in particular, the willingness of the Development Partnership Administration and the Exim Bank to play a larger role in project selection, was an attempt to address these problems. It remains to be seen if and how much progress has been made.

Another obvious lacuna is that Prime Minister Modi has primarily restricted his visits to East and Southern Africa, and is yet to visit West Africa.  India has a great deal of catching up to do in terms of eliciting West African diplomatic support for its broader international ambitions. The recent controversy regarding the Gandhi statue in Ghana turned into an abrupt reality check in India-West Africa relations. It was the first time that India was subjected to harsh criticism that is generally reserved for Chinese interventions in Africa. In 2016, lecturers and students at the University of Legon in Accra demanded the removal of a statue of Gandhi that had been gifted by the Indian President only a few months earlier, claiming racism by Gandhi in South Africa in the early twentieth century. It was moved elsewhere in the capital. News of racially-motivated attacks on African nationals in India, including Nigerians in Delhi in 2017, has further tarnished India’s image.

But India’s influence in West Africa is not insignificant. There is Indian diplomatic and political presence, soft power, and funding in West Africa. There has also been an attempt at recalibrating India’s relationship with the African continent since Modi took office in 2014. However, persistent problems of capacity and projecting visibility remain. Despite the recent recruitment drive, the diplomatic corps are still stretched and understaffed. Aside from the Gandhi statue incident, Indian activity does not receive anything like the press attention of China or Western countries, be it supportive or critical. When it comes to reception, India is certainly able to exercise soft power, but it seems that this depends very much on avoiding another Ghana-Gandhi incident and on Indian capacity to bridge the gap between commitments and implementation of its LoCs-funded projects in a post-Covid world. If India is indeed aiming to (re-)exert influence as a champion of the South, an alternative in West Africa and elsewhere to other global powers, and a trading partner of great substance, it has a way to go to make itself seen and received in the right light.